Best places to live in Brazil

Dealing with changes is a task that requires the analysis of several factors, especially when moving to a new country. Most likely the cost of living will be one of the conditions you will take into account before making any decision, but also factors such as work, education, healthcare, safety and transportation are certainly a priority. Another point that can contribute at the time of deciding is to know which are the best cities to live in Brazil.

A ranking elaborated by Atlas Brasil (organization that maps human development in Brazil), based on census data from 1991 to 2017, is a good source of research for you to know which are the best Brazilian states to live. The study allows to consult the degree of human development index (HDI) by countries and municipalities.

Brazil, for example, has an HDI of 0,765 (based on 2020 data), occupying the 84th position in the world ranking. With the indicator ranging from 0.000 to 1.000, it is possible to draw some parameters based on the analysis of three other indicators:

The following table shows the ranking of the Brazilian states according to the Municipal Human Development Index (IDHM), which is composed of the three indicators of human development. The closer the value of IDHM is to 1, the greater the human development in the locality. 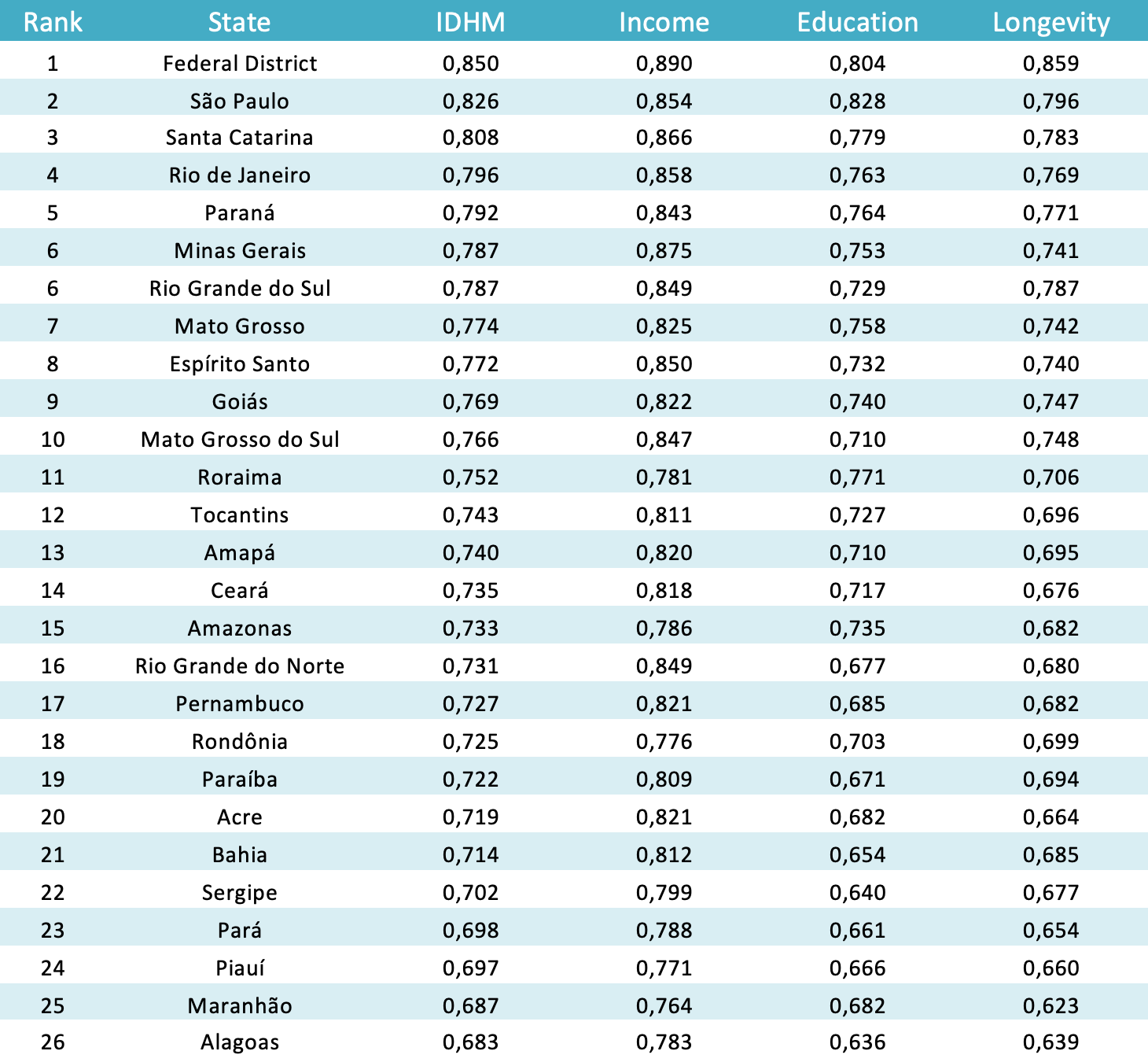 In the survey of Macroplan Consulting, the Municipal Management Challenge (DGM) measures the performance of four essential areas for the quality of life of the population:

According to Macroplan, the most recent data evaluated the 100 largest municipalities in the country in terms of population (more than 273 thousand inhabitants), which responds to about half of the Brazilian gross domestic product (GDP).

The ranking listed below is according to the data collected by the DGM on some of the major Brazilian capitals that you can consider living, based on the IDGM (DGM index) for 2021. 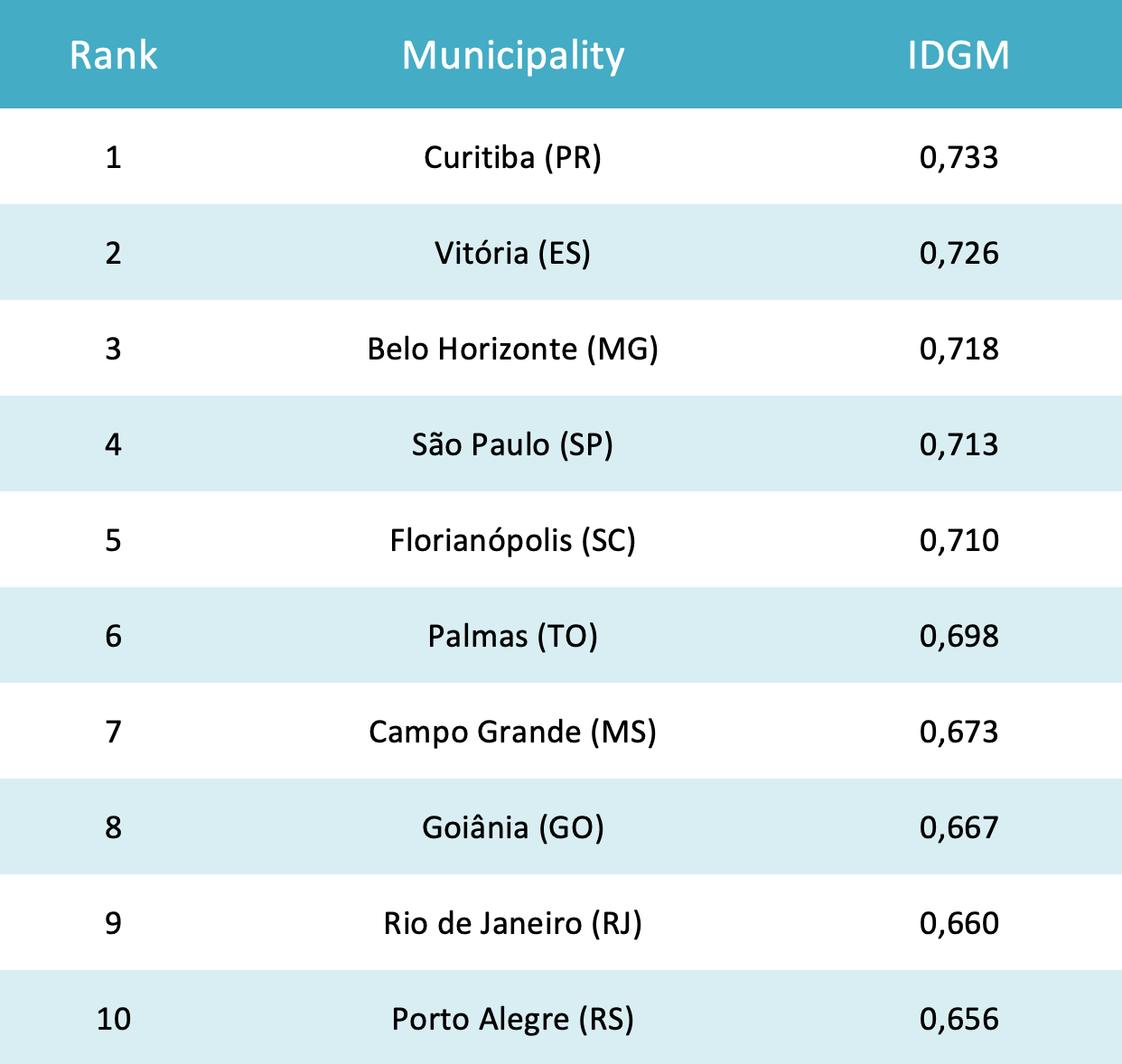 Another contribution by Urban Systems, a study based on the calculation of the Market Quality Index (IQM), maps the main national and international publications on the themes of intelligent, connected and sustainable cities, as well as various articles on:

The table below is based on the analysis of the Ranking Connected Smart Cities of 2020 regarding the main Brazilian cities considered most modern and sustainable. 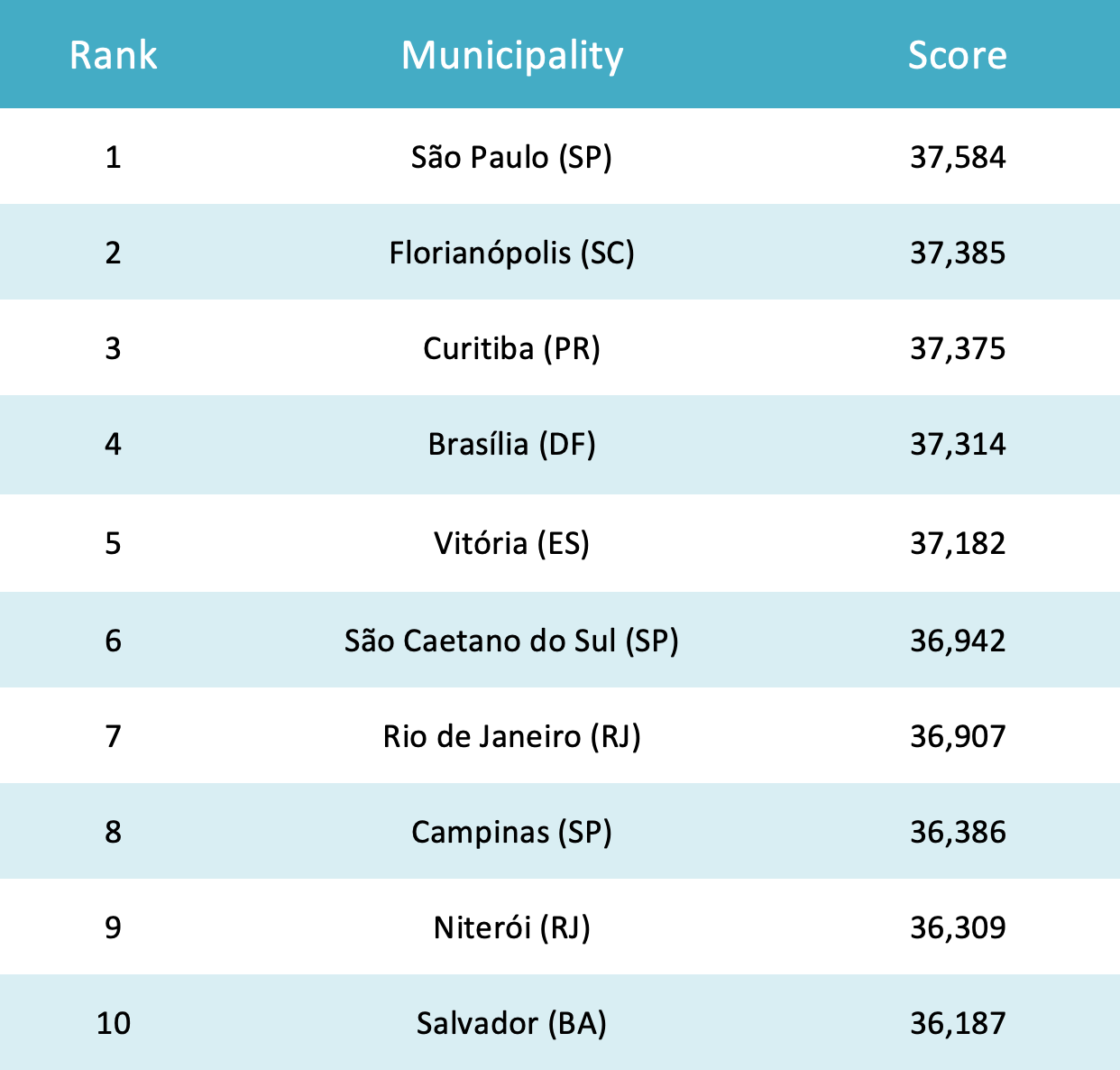